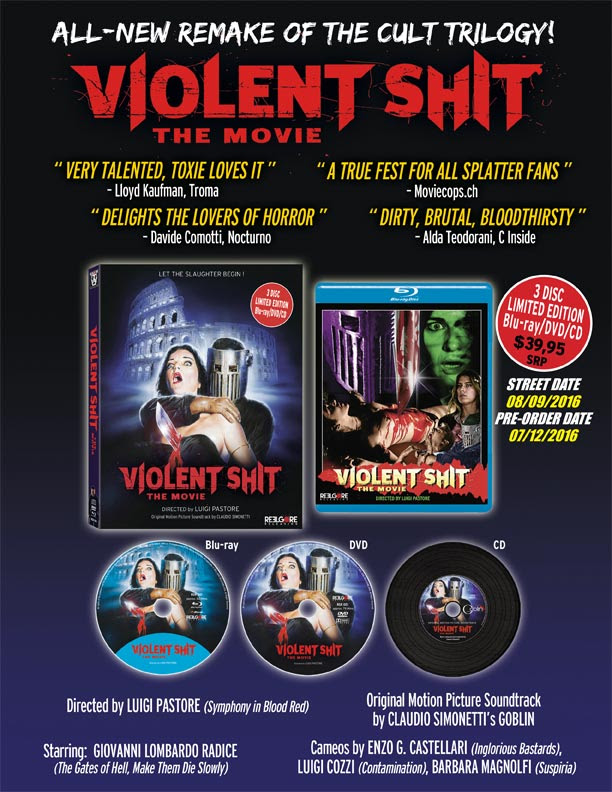 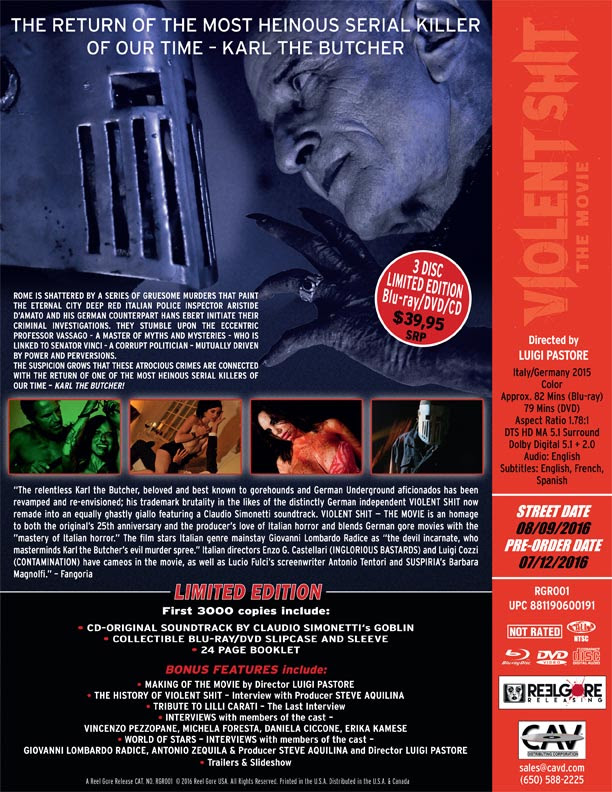 Rome is shattered by a series of gruesome murders that paint the Eternal City deep red. Italian Police Inspector Aristide D’Amato and his German counterpart Hans Ebert initiate their criminal investigations. They stumble upon the eccentric Professor Vassago – a master of myths and mysteries – who is linked to Senator Vinci – a corrupt politician – mutually driven by power and perversions.

The suspicion grows that these atrocious crimes are connected with the return of one of the most heinous serial killers of our time – Karl the Butcher!

The relentless Karl the Butcher, beloved and best known to gorehounds and German Underground aficionados has been revamped and re-envisioned; his trademark brutality in the likes of the distinctly German independent VIOLENT SHIT now remade into an equally ghastly giallo featuring a Claudio Simonetti soundtrack. VIOLENT SHIT THE MOVIE is an homage to both the original’s 25th anniversary and the producer’s love of Italian horror and blends German gore movies with the mastery of Italian horror. The film stars Italian genre mainstay Giovanni Lombardo Radice as the devil incarnate, who masterminds Karl the Butcher’s evil murder spree. Italian directors Enzo G. Castellari (INGLORIOUS BASTARDS) and Luigi Cozzi (CONTAMINATION) have cameos in the movie, as well as Lucio Fulci’s screenwriter Antonio Tentori and SUSPIRIA’s Barbara Magnolfi. -Fangoria