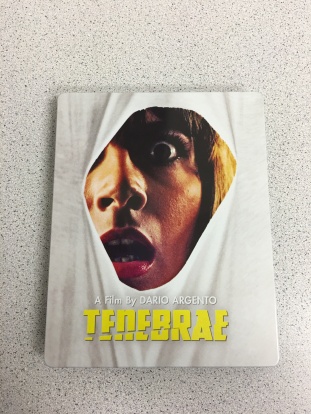 So I am not going to go into an actual film review, because we’ve talked about this film on the show numerous times and if your visiting this review you have probably listened to Exorcast before and know I have a major hard-on for all things Argento. While TENEBRAE is one of Argento’s finest films I feel like we have all seen it before and hopefully all love it.

That being said we have been waiting for Synapse to release this beauty for quite some time now, maybe not as long as their SUSPIRIA release but this will hold us over in the meantime. Synapse took their time to bring us one beautiful transfer. They supervised the color correction and restoration from the original uncut negative. The film itself has never looked better. This makes my seventh copy of TENEBRAE and my second on blu-ray. As much as I love Arrow’s UK blu-ray release for the packaging, the transfer and sound isn’t spectacular. Synapse took it to the next level, the entire film is damn near crystal clear. Every drop of blood is the perfect shade of rosso. Even the chase scene with the guard dog looked great and typically that’s the scene that looks the darkest on all of the previous releases. 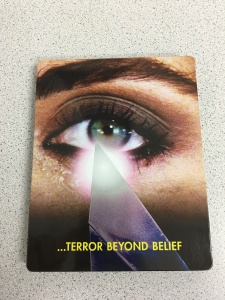 Ok, so you get the point. The release is great and worthy of all of your collections. This blu-ray release also includes; the feature-length documentary, Yellow Fever: The Rise and Fall of The Giallo, original UNSANE end credits, an alternate opening credit sequence and the Japanese Shadow theatrical trailer. We are also treated to a bonus audio CD with the original motion picture soundtrack that contains some songs not on the original release. 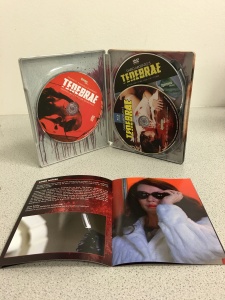 Final Thoughts: This is an outstanding release and I am very happy it received the treatment it deserved from Synapse. TENEBRAE will set you back just under $50.00 (US) and you can get it from www.diabolikDVD.com For me it is hands down a must own and a contender for release of the year in my opinion.