So Couch Cutter is coming back and they will be hosting a free streaming channel! This will be available on Roku (whatever the fuck that is), mobile devices and on their website! They are going to revive the late night horror block! Every Wednesday night they will provide a free block of indie horror films, shorts and series! You guys may know the CC name for being the dudes that gave Exorcast favorite Dear God No! it’s world premier! I for one am pretty excited by this and hope it turns out well and works out!

Read on for the official press release and trailer!

CouchCutter.tv Promises Weekly Horror Con in Your Living Room
Online TV Network Will Air Independent Horror Films for Free in 2015
Cult and horror entertainment from some of the industry’s most creative independent producers and distributors is coming to fans’ televisions, computers and mobile devices every Wednesday night starting in 2015. Viewers will be able to watch with no fees or charges from virtually anywhere in the world at CouchCutter.tv and on Roku-connected televisions.Programming will not be offered “on demand,” instead providing viewers with a weekly dose of full, live late-night broadcasts boasting feature films, shorts, specials, marathons and series.

“Some of us are ancient enough to remember watching late-night cable in the ’80s and early ’90s: discovering crazy new shows and movies, hanging out with our friends and building awesome memories together,” says CouchCutter.tv founder David Anthony. “It wasn’t just TV, it was an event. We want to give that back to cult cinema fans in a way that makes sense for the 21st century.”

Viewers can tweet along using the #couchcutter hashtag on Twitter, watching live with fans all over the world from virtually any internet-connected device. Roku owners can easily connect to almost any television and watch from anywhere: HDTV at a bar or party, a friend’s house or from the comfort of their own living room.

This “21st century upgrade” also extends to CouchCutter.tv’s innovative business model, in which filmmakers get paid while giving up almost no rights, viewers watch at no charge, and sponsors can afford valuable broadcast airtime.

“We are leveraging the technology available to us in hopes of making a real impact on the lives of cult, horror and fantasy enthusiasts,” Anthony adds, “To bring genre fans joy and fellowship through live broadcast entertainment, provide organizations with a unique and powerful promotional platform, and help independent filmmakers and distributors earn money from their content in an increasingly difficult industry.”

CouchCutter.tv is currently accepting submissions for independent shorts, features and series for consideration in the 2015 lineup. Submission fees have been reduced until October 15, 2014.

Launched in 2009 as CouchCutter.com, CouchCutter.tv now provides an international live broadcasting platform for cult, horror and fantasy fans. In past reincarnations CouchCutter.com hosted the world premiere of James Bickert’s “Dear God No!” trailer, published the first review to be written for both that film and Astron-6’s “Father’s Day,” co-produced short films with directors Drew Bolduc, Lori Bowen and Shannon Lark, and invested in projects with Trent Haaga, Ryan Nicholson and Logan Myers. CouchCutter.tv is owned by Eiphes, LLC, an internet development company established in Douglasville, GA. 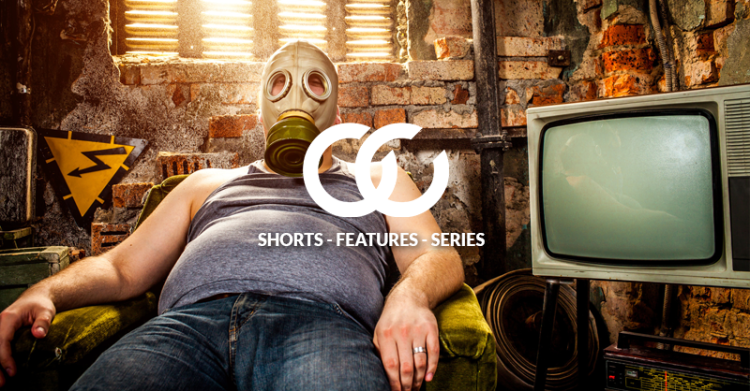